The Battle of Stalingrad

The Battle of Stalingrad was the successful Soviet defense of the city of Stalingrad (now Volgograd), Russia, U.S.S.R., during World War II. Russians consider it to be one of the greatest battles of their Great Patriotic War, and most historians consider it to be the greatest battle of the entire conflict. It stopped the German advance into the Soviet Union and marked the turning of the tide of war in favour of the Allies. 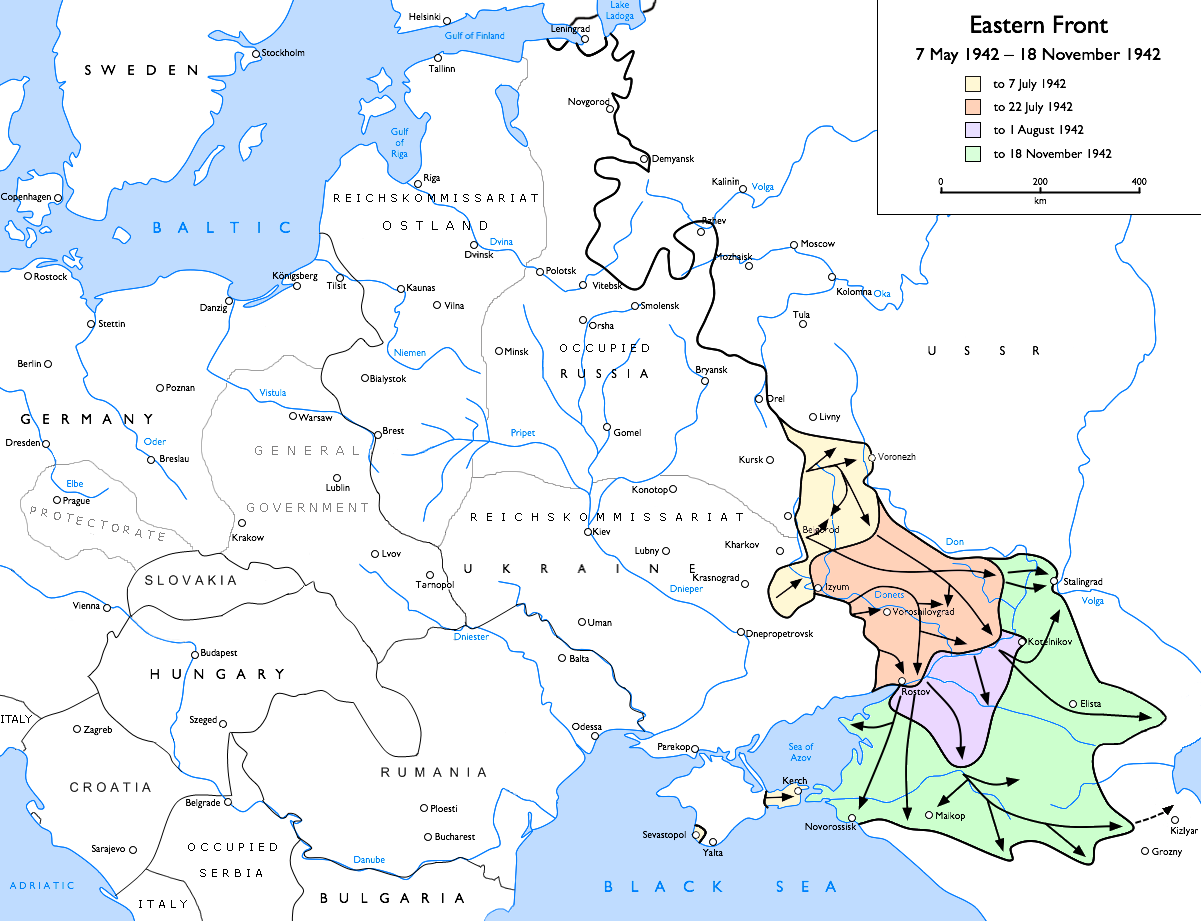 With fewer than 20,000 troops in the city and less than 100 tanks, Stalin's generals finally began sending reinforcements into the city and surrounding areas. Fighting raged in the streets of Stalingrad, with both sides using snipers poised on the roofs of the city's buildings.

Although they again sustained significant losses, Russian forces were able to form what in essence was a defensive ring around the city by late November 1942, trapping the nearly 300,000 German and Axis troops in the 6th Army. This effort became the subject of a propaganda film produced after the war, The Battle of Stalingrad.

By February 1943, Russian troops had retaken Stalingrad and captured nearly 100,000 German soldiers, though pockets of resistance continued to fight in the city until early March. Most of the captured soldiers died in Russian prison camps, either as a result of disease or starvation.